We wish you an inspiring new year!
3 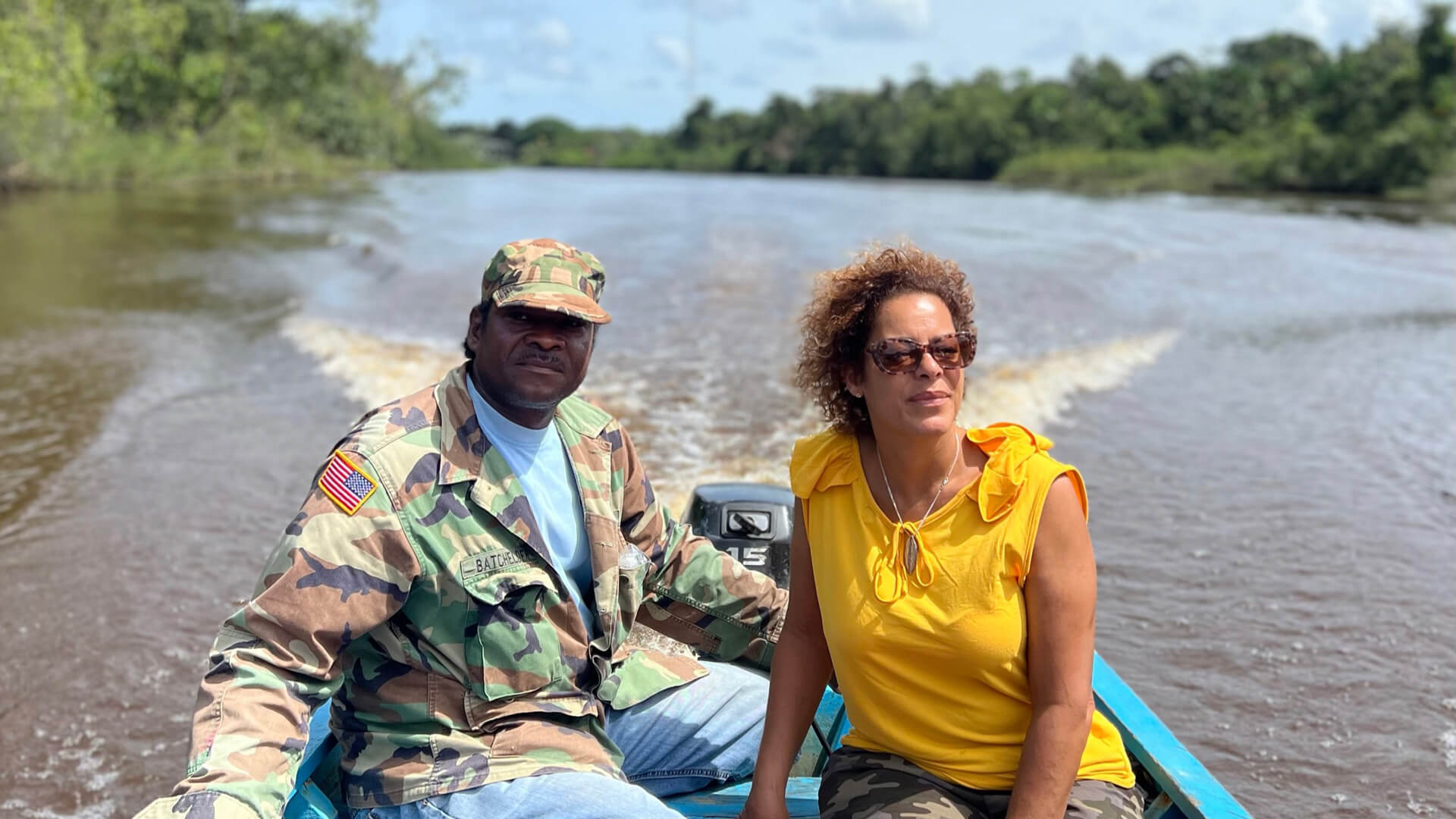 In November 2022 the last recordings of the 7-part travel series From Bahia to Brooklyn took place. Nina Jurna takes the viewer along on her own journey and curiosity, to discover how a Caribbean Identity, shaped by (whether or not forced) ‘migration’, and national consciousness is growing and what kind of impact this has on the region. Director Martijn Blekendaal and Nina Jurna filmed in Brazil, Suriname, Trinidad & Tobago, Curaçao, Jamaica, the Dominican Republic and Brooklyn (New York). Expected in May 2023 (VPRO). 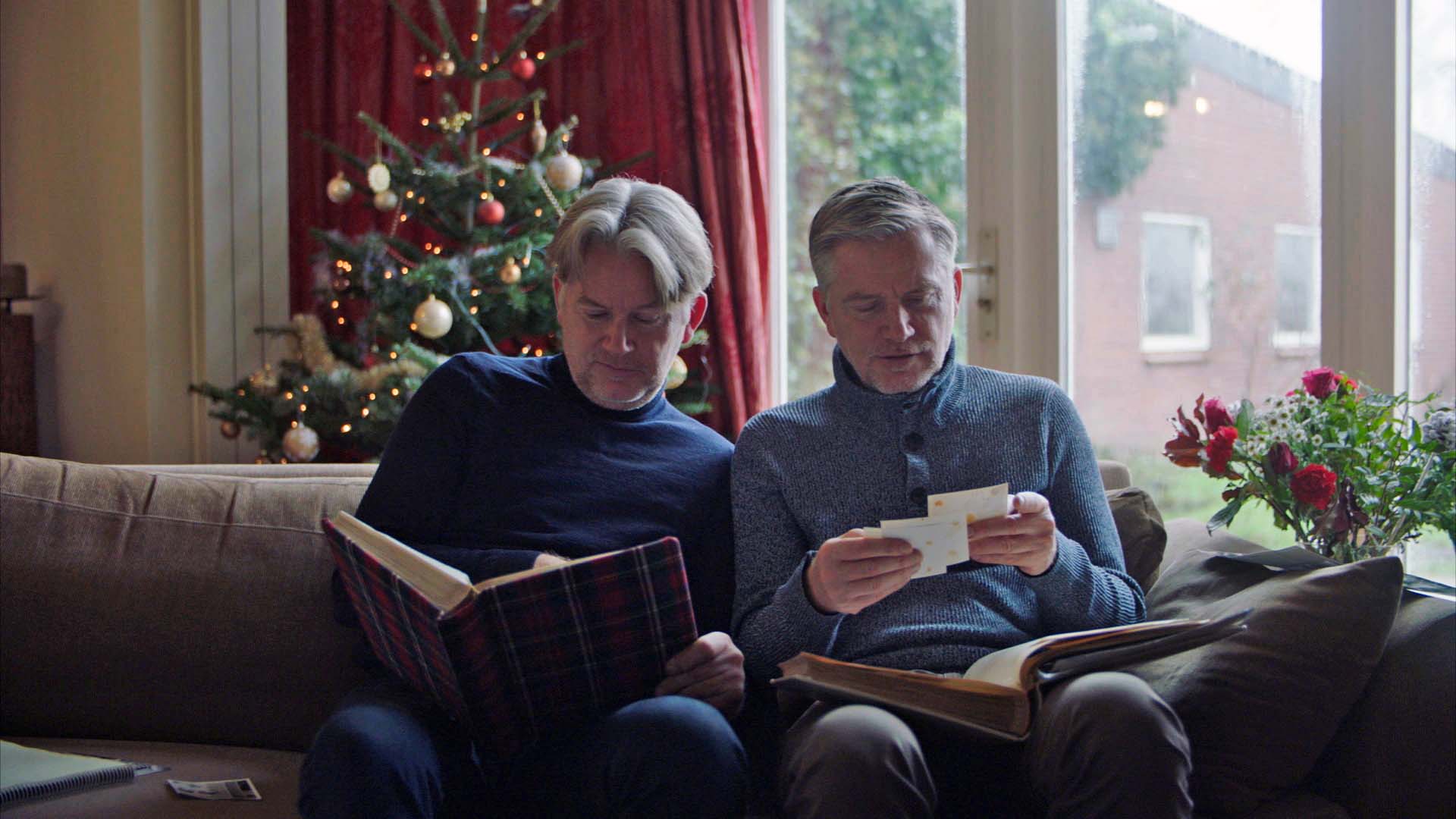 Together with the KRO-NCRV we are producing the documentary Peter & Erik. At the age of 17, Peter Anema and Erik Hulsegge (now 55 years old) found out that they are each other’s twin brother. What happened after they were born when they were given up for adoption as twins? Why are they divorced? An exciting and moving film about their quest, with the help of investigative journalist Myrthe Buitenhuis who who leaves no stone unturned. Who is responsible for these strange practices in the 1960s?

THE SPECTACULAR ABSENCE OF GOD BY ERIK FRANSMAN

The spectacular absence of GOD, a film by Erik Fransman, premiered on May 20. The film has now been broadcast three times on NPO/EO. Subsequently, there was a well-filled museum screening in the Jewish Cultural Quarter in Amsterdam, during which Maurits de Bruijn lead an introduction and discussion with the maker. In the film, Erik Fransman, a worldly, atheistic, assimilated Dutch Jew, examines his Jewish identity. He questions his relatives, visits the Promised Land and gets in front of his aversion to religion.
More information

THE PHOTOGRAPH BY SHERMAN DE JESUS ON STREAMING PLATFORMS

Arthur Japin about The Photograph: “Gorgeous and compelling, a poignant portrait, not only of photographer Van der Zee, but also of the Harlem Renaissance. The pride that emanates from his photos is perfectly captured. A personal quest that, as broad as the Mississippi Delta, flows into Afro-American culture. Moving images, soft and comforting.”

The Photograph was broadcasted on NPO at AVROTROS Close Up. The film was also screened this year at the Dias Latinos Festival in Amersfoort, with a discussion with film composer Randal Corsen and director Sherman De Jesus. 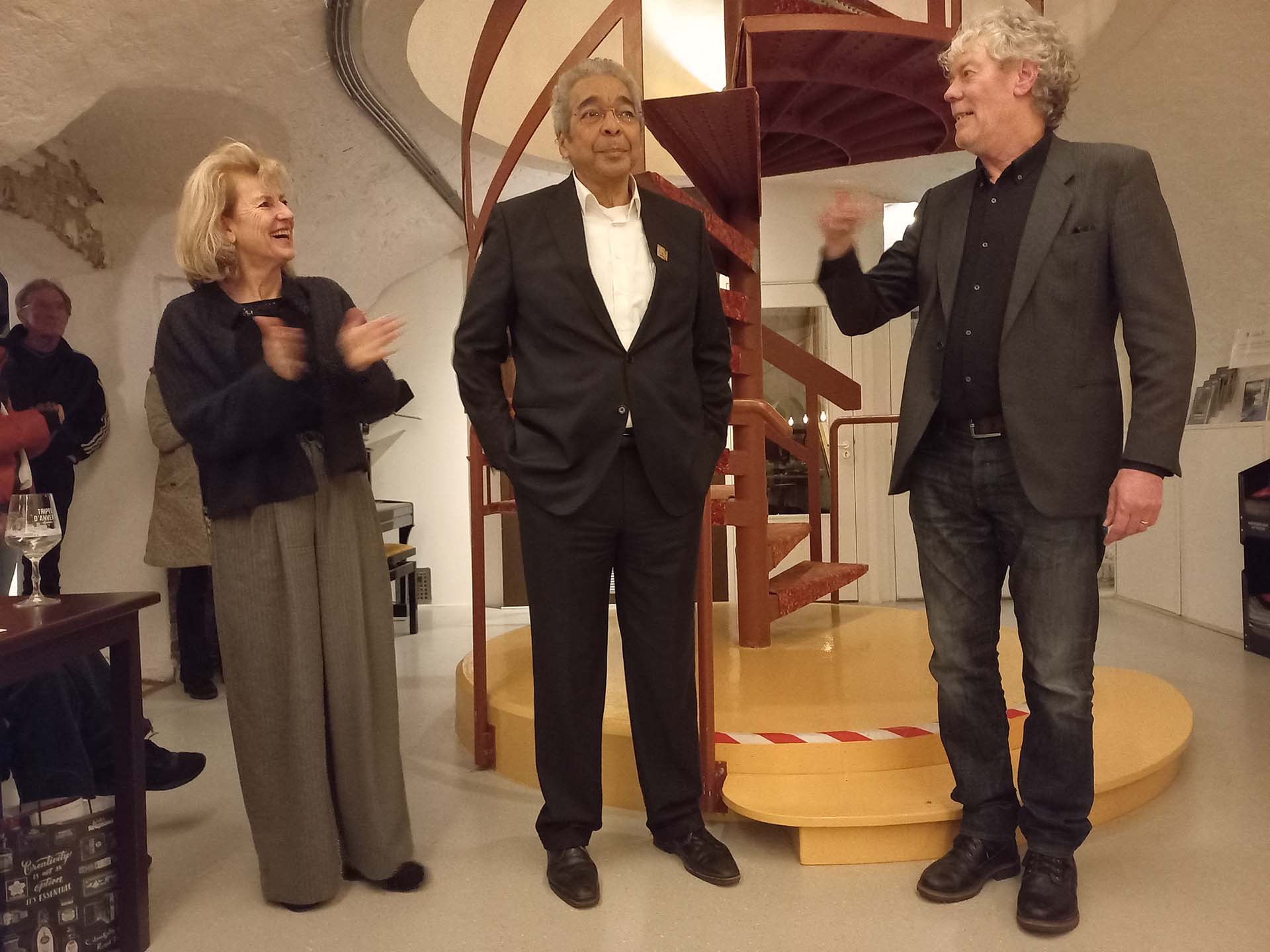 A day before Sherman De Jesus’ 75th birthday, he received the Luxor Award for his special oeuvre, which gives him a unique place within Dutch film. Sherman made films that went against the bureaucracy of film financing. Sherman’s Caribbean background runs like a red thread through his oeuvre. For example, he made the film The Indian Beard a Negro, Ocalia and a Shtetl in the Caribbean. And his engagement with the artists of the Zero movement – Jan Schoonhoven, Jan Henderikse and Henk Peeters – has also been documented in a series of documentaries. Sherman dedicates the award to Cécile van Eijk, who has assisted him all those years. The award was designed by artist Felo Hettich. 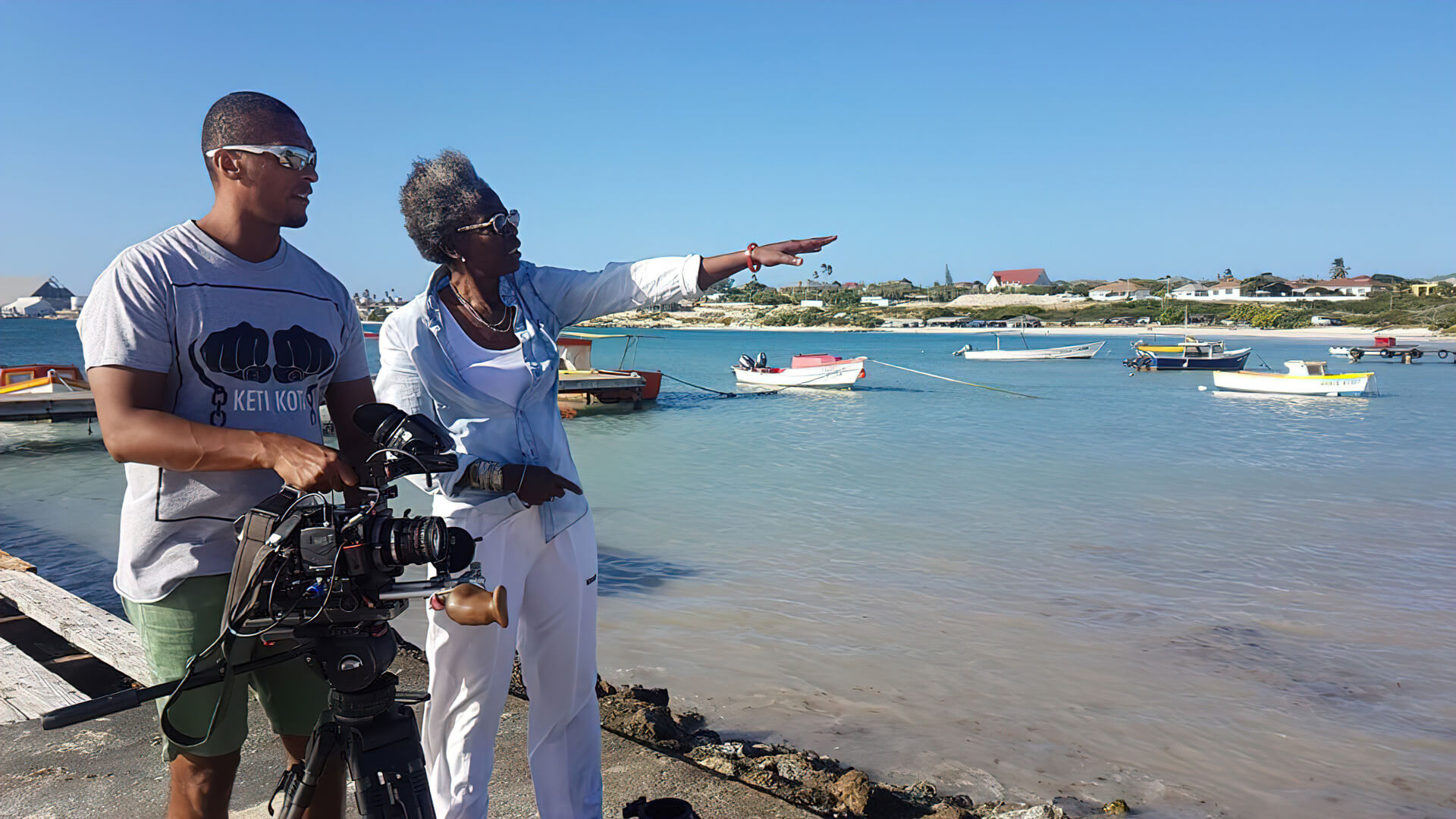 The jury of the Cindy Kersebornpenning for color in the media has awarded the price to filmmaker and visual artist Bibi Fadlalla. This is the first time that the medal has been awarded, an initiative of the Directors’ Round Table and the Stichting Cimaké. Cimaké Foundation. The jury consisted of Adriaan van Dis, Sylvana Simons and Meral Uslu. The medal will be awarded annually in memory of Cindy Kerseborn, (1956-2019), maker of documentaries about the Caribbean authors Edgar Cairo, Frank Martinus Arion and Astrid Roemer and about the Aruban New Year’s tradition Dande.

A film about the mystery that surrounds dementia and music, a film about three marines in training on a naval ship, a film about the miraculous journey from the Fallerhouse to Surinamese territory and a documentary portrait about an artist yet to be revealed. It promises to be a special year.

Our films are available at: 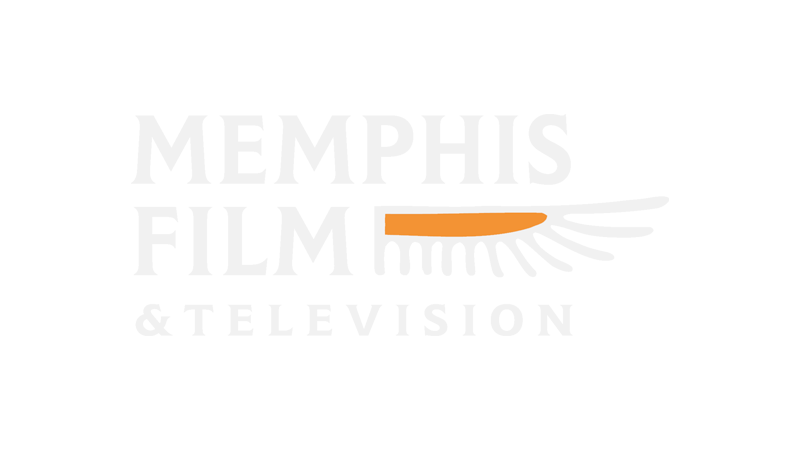