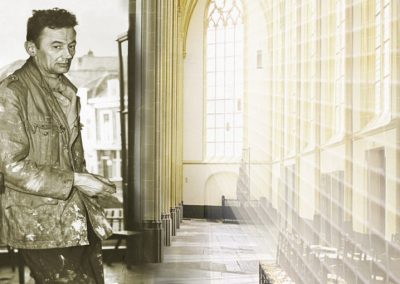 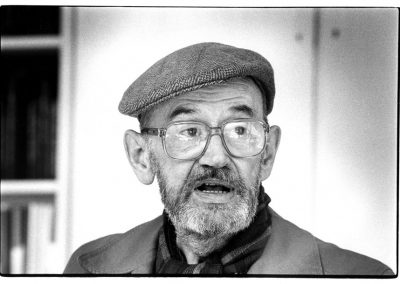 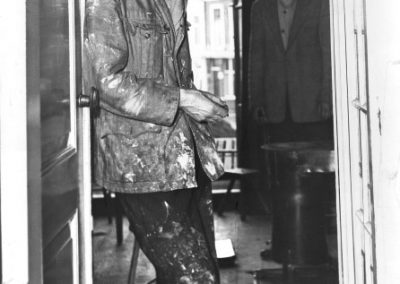 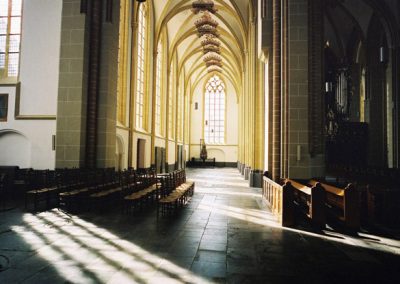 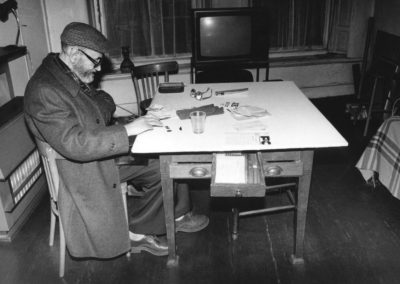 Status:Completed
In his own lifetime, the works of Jan Schoonhoven (Delft, 1914 – 1994) were compared to those of Swiss painter Paul Klee and Dutch painter Piet Mondriaan. The symmetric and yet mysterious white reliefs made out of carton and papier – mâché by the artist, are now auctioned for large sums at Sotheby’s and Christie’s. Jan Schoonhoven himself however lived a sober and modest life as state postal official no. 18977.

Who was this man, who one day spontaneously let world-famous Japanese artist Yayoi Kusama paint his nude body with Polka dots to appear the next day neatly dressed at the office?
In 1967 he won a prize at the Ninth Bienal in Sao Paolo, which brought him instant fame internationally. Since then, he has been regarded as one of the most important European artists of the 20th century, an influence for a whole new generation. In the early 1960s Dutch artists Armando, Jan Henderikse, Henk Peeters and Jan Schoonhoven formed the Nul Group – That turned away from the spontaneity, the personal and the expression of feelings in art.