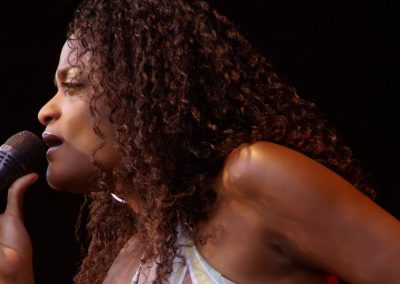 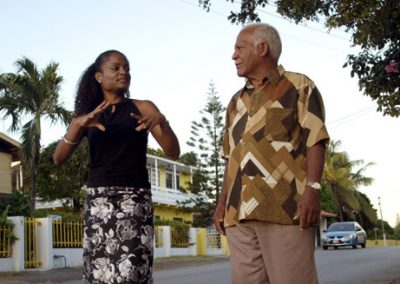 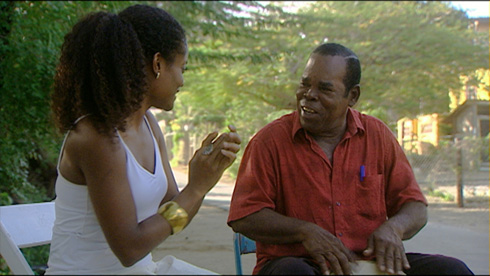 Status:Completed
Everything in the life of vocalist Izaline Calister focuses on music. On the island of Curaçao she found the key: the tambú, the very rhythmic improvisation-based music of Curaçao with its roots in Africa.

Izaline Calister was preparing for a concert in Amsterdam’s Concertgebouw with the jazz legend Toots Thielemans. The auditorium was full, she sang to loosen up: in another scene, we see how the famous Dutch jazz diva Rita Reys helped Izaline Calister in her own inimitable way with the phrasing of songs from George Gershwin’s Porgy and Bess. In yet another scene, she became involved in a quarrel during rehearsals with jazz pianist Peter Beets.

Back home on Curaçao Izaline found out that her father was also a singer. He once sang the tambú. When she asked him about it, he reacted with reticence. For centuries, the tambú was frowned upon: the music was supposedly vulgar and encouraged rebellion. In 1936, the tambú was even officially banned. But this music born in slavery and oppression never disappeared and it is precisely this music that inspires Izaline. It isn’t easy: when she was challenged by Tambú singer Donny Mercelina to sing the tambú herself, to improvise, she exclaimed worriedly: “My god, the pressure!”.

The film shows a vocalist getting closer to her “own” music by uniting two apparently contradictory opposites: the spontaneous and sensual tambú from her home island with professional and rehearsed jazz in Holland. But the contradiction is not real: when Izaline sings the jazz classic Summertime from Porgy and Bess, it sounds like “a Sunday afternoon on the island of Curaçao”. Who can possibly remain unaffected by so much sweltering heat?