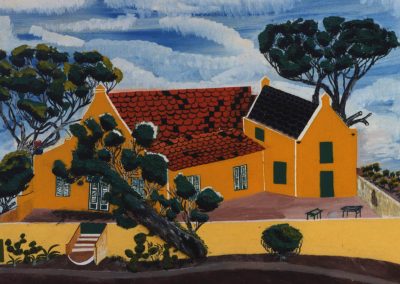 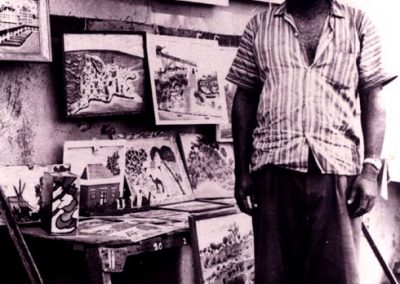 Status: Completed
The story of Ocalia is told using the diary that Ocalia left behind. With shots of his work, stories by his wife Nono and anecdotes from a variety of Ocalia buyers in the Netherlands, the United States and Curaçao, we start to get a picture of Ocalia. We compare his naïve paintings with reality and vice versa. We looked at the sports that were important to him and for traces in the landscape and people who inspired his work.

The film Ocalia is about the blossoming of a painter and about the simple joy of creation that can be experienced in his work as a naïve painter. Ocalia is about some kind of Caribbean good old days, the eternal desire for a time and place long gone. Hipólito Ocalia was a striking character; with great perseverance, he broke through as an artist and managed to interest others in his work and his home island of Curaçao. Unlike the apparently uncomplicated cheerfulness of his paintings, Ocalia himself had a reserved nature and looked at the world around him with a certain degree of scepticism. Like many other naïve painters, he was an isolated figure. He lived in a hilly landscape with dirt tracks. Out the back in his own favourite barn with a thatched roof, he created his world, his colourful, lively and sunny world of Curaçao.