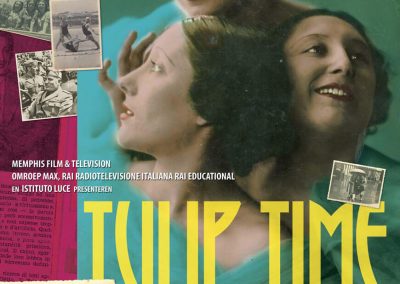 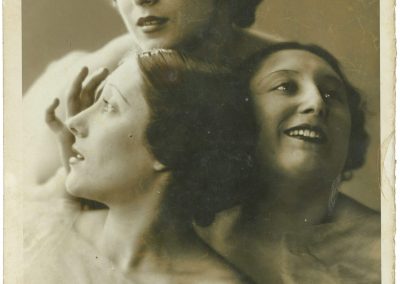 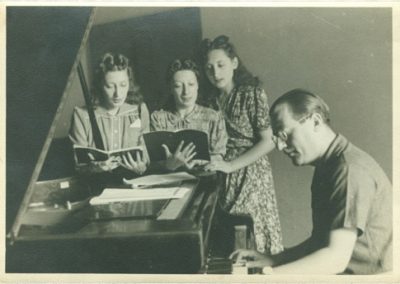 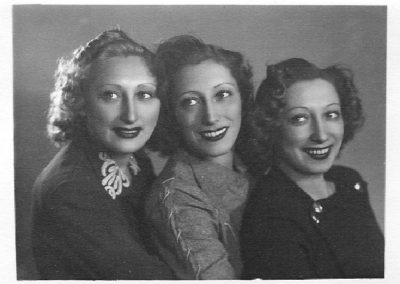 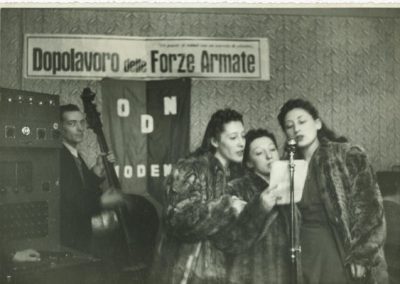 Status:Completed
Under the regime of Benito Mussolini in the 1930s, radio came to the fore in Italy. Singers were worshipped en masse by the new radio audience. Best known is the Trio Lescano, the Italian name adopted by the Dutch Jewish sisters Sandra, Kitty and Judith Leschan with their “Swing Italiano”. They were the first European “girl band” and sold the unparalleled number of 350,000 records at the height of their fame.

Film makers Marco de Stefanis and Tonino Boniotti grew up in Italy with the songs of the Trio Lescano without suspecting that the sisters had anything to do with Holland. And in Holland, no one heard of them, because they had fled poverty in Holland in their youth. In Italy however, they grew to become a myth to which even directors like Federico Fellini and Bernardo Bertolucci contributed by including them in their films Roma and Il Conformista.

Who were these young women? What was their attraction for audiences? How did they manage to keep going in Mussolini’s Italy? How did they become so deeply embedded in that fascist wasps’ nest? And what happened to them after the war?

The key to the story of the Lescanos was preserved in the form of a suitcase (that serves in Tulip Time as leitmotif) containing hundreds of black-and-white photos – of themselves, of their parents – but also letters and scrapbooks with newspaper cuttings as the yellowing witness to their lives as radio stars.

Their successful career started in 1938 with the songs “Anna” and “Tulip Time”, which made the Trio Lescano famous. Radio guides and newspapers were full of articles and cheerful photographs of the sisters by the radio, together with other artists from the time, at home in Turin and on vacation with mother Eva.

The start of the war put the Trio Lescano in a very difficult position. Because she wanted to safeguard her children, in 1942 mother Eva persuaded her daughters to write a letter to Mussolini so they could become members of the fascist party. Later, Sandra was to deny this emphatically. But the documents are clear: “You can be sure, Duce”, is written in the letter, “that we shall be dedicated in our new citizenship and we ask you to accept us as members of the National Fascist Party”.

It was not going to help them. That even though the dictator Benito Mussolini was a great fan, in 1943 their fate was sealed, along with the decline of fascism. The radio bosses in Turin sacked the sisters because their mother Eva was Jewish. During a performance in the Grattacielo Theatre in Genoa in 1943 they were arrested. They were humiliated and had to fight to survive. The charge was that they were sending messages to the enemy through their song “Tulip Time”. As a result, they had to spend several weeks in jail.

After the war, audiences were no longer interested in the Trio Lescano. Just before a tour of South America, Kitty left the Trio and was replaced by the singer Maria Bria, who was to take her place. After that, nothing more was heard of them.
But the Dutch sisters remained engraved in the collective memory of Italy. Even today, the expression Trio Lescano stands for a group that is tight and inseparable. 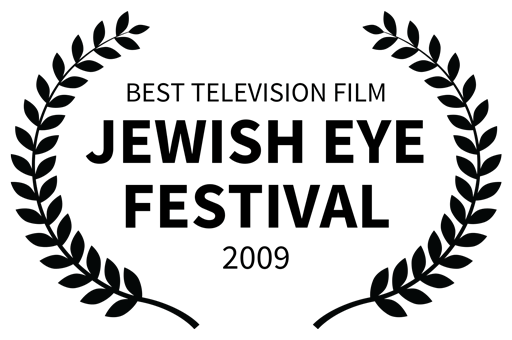